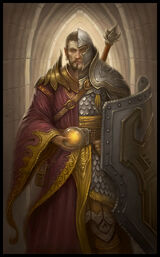 Multiclassing in 4th edition Dungeons & Dragons means taking a multiclass feat to gain some of the benefits of a second class. These benefits include more options for paragon paths and feats, and access to powers from the second class by spending additional feats. A character's primary and secondary classes are not equal; it's more like dabbling in a second class than splitting between the two. You can also create a Hybrid Character for a more balanced mix of the two classes. (page 134, Player Handbook 3)

In summary, multiclassing gives a character:

Multiclassing is accomplished by taking a multiclass entry feat.

Eight multiclass entry feats are listed on page 208 of the Player's Handbook, and additional entry feats can be found in other rulebooks. Taking any of these feats causes a character to count as both the character's original class and the new class specified by the feat. For example, a warlock that takes the Arcane Initiate feat counts as both a warlock and a wizard, and satisfies either class requirement for feats, paragon paths, epic destinies, etc.

There are two big restrictions here. First, you cannot multiclass into your own class (no double dipping for repeat benefits, so a fighter can't multiclass into fighter), or any subclass of your own class. Second, unless you are a bard with the Multiclass Versatility class feature, you cannot take more than one multiclass feat, so you can dabble in one additional class but not two (although the epic path eternal seeker is a way to dabble in many classes fairly freely). Bards with Multiclass Versatility can multiclass multiple times.

Note: Multiclass entry feats are different from power swap feats, which are described below.

In addition to counting as two classes at once, you get the following benefits:

All of the above is provided with only 1 feat. If you have more feats to spare, the power swap feats may interest you.

The power swap feats let you choose some power from your primary class that you're not ecstatic about and swap it for another power in the new class that's cooler. There are three power swap feats, each requiring you to be a specific level before you can take them:

Each power swap feat lets you toss out one of your powers of a specific type and grab a power of the same type of equal level or lower in the new class. So if you didn't like the level 6 warlock utility spells, you could grab a level 6 or level 2 wizard utility spell instead.

Example 1:
You are a warlock who has multiclassed into wizard. You take Novice Power at level 6 and decide you want to swap your level 3 warlock encounter power for a level 3 wizard encounter power. You decide upon Icy Rays.

The only restrictions are that you can't swap out powers from your paragon or epic path, and you have to swap for a power of same level or lower.

There is one final perk to multiclassing. If you take a multiclass encounter, a multiclass utility, and a multiclass daily feat (such as the three power swap feats), you can decide to paragon multiclass instead of choosing a paragon path. If you do this, you get the following benefits in place of a paragon path's usual benefits: